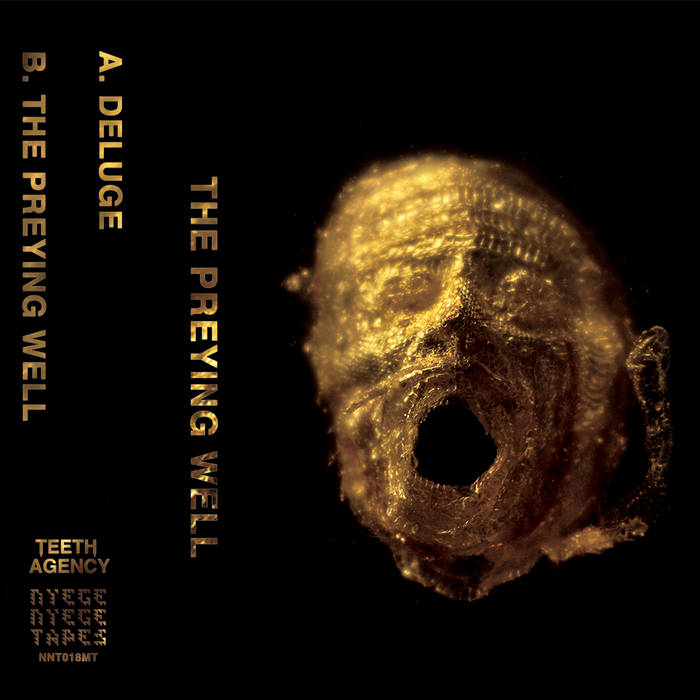 As you fall into the 'Preying Well ' enter through a deep murky portal into a world of low chopped metallic slabs + oozing jungle sludge . This all original 45 mix cassette assembled in a 2 week period in Nov 2019 primes you for the forth coming full LP + art project Metal Preyers released in March 2020 . For audio preview please check our Soundcloud: bit.ly/2O7XfMO

In advance of Metal Preyers' mad, hypnotic debut LP, the Afro-Anglo-American squad prep the scene with ‘The Preying Well’, an immersive portal into their ruffneck soundsystem psychedelia for Uganda’s Nyege Nyege Tapes.

Revolving around core players Jesse Hackett and Mariano Chavez in the mix with input from their extended Ugandan family at Nyege Nyege Tapes, plus vital touches by London rogue Lord Tusk, Metal Preyers’ is a unique project that yields a queasily impressionistic jag deep into the nightlife of Uganda’s sprawling capital city, Kampala.

This mixtape acts a teasing prelude for the forthcoming full album of sozzled thrills, spills and bellyaches, drawing a curtain of nightfall over Kampala with shadowy strains of doomy free jazz and cranky ambient electronics that give way to swarming metallic tones, oozing jungle sludge and gnashing rhythms over the course of 46 impending minutes.

In key with the full album’s A/V stylings, which include a homemade horror video, the mix of music in ‘The Preying Well’ resembles a soundtrack in itself, flowing with a grittily fluid quality from ferrous atmospheres and Carpenter-esque tension into proper film noir jazz tones and ritualistic drone on the first side, then baying for the night with bleeding sax and rambunctious drums in the 2nd side, before calving off into keening, dissonant psychedelia that’s bound to leave listeners salivating for the album.